How to Render images in Photoshop

Photoshop is a creative tool which will help you in editing your images as per your requirement. It will help you to create an image by combining different images or add some effects to the existing image. These features will ultimately enhance the appearance of the image for the viewers. A number of tools exist which one can use for performing different types of editing features over the images in Photoshop which one can use based on their individual needs.

Rendering is also one of the important effects which one can apply over the image. It will help in creating different kinds of visual effects, make multiple varied copies of product with a single photograph and so on. This can be easily done with the help of Refine Mask Tool which is available in Photoshop which can detect the edges of the object which is appearing in the image.

Steps to render images in Photoshop

Thus, we can say that one can easily render their images with the steps discussed here to prepare the image which best suits their needs. This will allow people to edit the images based on their needs for a particular application. 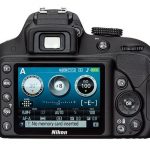 Best Camera for Amateur PhotographersHow To 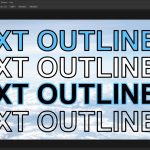 How to Outline Texts in Photoshop without HassleHow To